This writer speaks of the end of war and ends with a video worth watching.

THE ONENESS of HUMANITY

“He who does not bellow the truth when he knows the truth makes himself the accomplice of liars and forgers.” 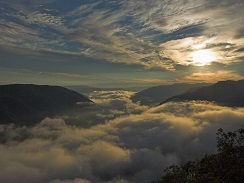 ery soon, killing and violent destruction will become unacceptable by humanity as means for increasing power, wealth, profits and market share.  That time is approaching rapidly, marks what will become recorded in history books as the greatest positive change ever, and humanity will have every reason for taking part in celebrations around the Earth – because “War is over!”

From a spiritual or metaphysical perspective, the end result of a global trend which began with the appearance and increasing use of the internet could accurately be seen as a literal and positive, “game changing”, historic and powerful spiritual evolution of all mankind. What makes the imminent and awe-inspiring transformation that’s occurring and growing worldwide possible is a profound realization by more…